Formed in 1972, the Sweetwater Authority is a public water utility established by a joint powers agreement between the South Bay Irrigation District (ID) and National City. From 1972 until 1977, the Authority operated as a financing vehicle to enable public acquisition of the water system then owned by the California American Water Company. After a public vote approved authorization of bonds, the South Bay ID purchased the system. In 1977, the Sweetwater Authority began operating the water utility with a commitment to retire the South Bay ID debt and assume ownership. 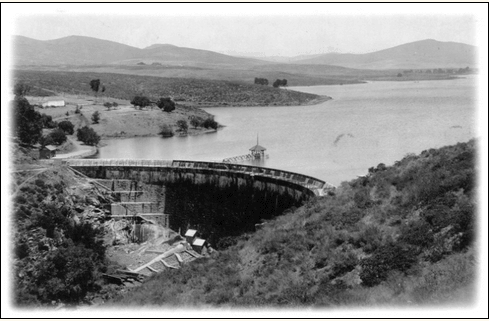 The transfer of ownership occurred in 1990 when the Sweetwater Authority exercised its option to purchase the water system from the District by issuing revenue bonds to finance acquisition of the water system by retiring the bonds issued in 1997. Issuing new revenue bonds also enabled the Authority to finance construction of water system improvements. At that time, South Bay ID and National City amended the Joint Powers Agreement to ensure that the conditions of the agreement would remain in effect until the bonds issued by the Sweetwater Authority are retired. The governing body is a seven-member board of directors, comprised of five representatives elected by voters residing within the South Bay ID, and two representatives appointed by the Mayor of National City with approval by the City Council. The Authority can only sell or dispose of property with the approval of five members of the Board.

When Sweetwater Authority took over operation of a privately owned water system in 1977, the focus of the agency became very local, and the long-term health of its infrastructure became a top priority. Locally elected and appointed directors, and the experienced management team of Garry Butterfield and Al Sorensen, determined that the agency must fulfill its mission to provide safe, reliable water. These 4 words, "provide safe, reliable water," have guided every policy decision at the agency in its history.

Sweetwater Dam, was completed in 1888. It undergoes frequent safety inspections and has been upgraded with several modern improvements to assure that it will continue to operate safely and reliably, well into the future.

In 1977, there were more than 200 water main leaks. In recent years, that annual number has dropped below 25. Other improvements to the water distribution system increased water pressure for residents throughout National City. Sweetwater Authority has also been a pioneer in developing rare new local water supplies. The Richard A. Reynolds Groundwater Demineralization Facility opened in 1999. The plant treats highly salted, or “brackish” groundwater with reverse osmosis filtration, creating drinking water from a source considered useless back in 1977.

Large portions of the service area today also have improved water pressure from new pumps and tanks installed in the system. Sweetwater Authority also leads San Diego County in the diversity and reliability of its local water sources. The Sweetwater River, high-quality groundwater, and reverse-osmosis-treatment of brackish water are combined to provide 70% of the Authority's average annual water demands. Connections to both treated and untreated imported water provide 30% of average annual demand, as well as security for emergencies, and allow the Sweetwater Authority to use Sweetwater Reservoir as a storage facility, a practice that saves the agency millions on purchased.

Today, residents and business owners reap the benefits of local control. Sweetwater Authority has invested its revenues into local infrastructure and capital improvements. 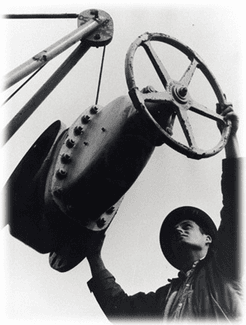