A majority of the water delivered to Sweetwater Authority customers is obtained from the Sweetwater River. It is influenced by the land uses in its 230-square mile watershed, a land stretching from the Cleveland National Forest to the San Diego Bay.

Rainfall and melting snow from the surrounding mountains is trapped by the Authority's 2 dams on the Sweetwater River. Together, Loveland and Sweetwater Reservoirs can store 17 billion gallons of water, enough to supply the customers of Sweetwater Authority for about 24 months. 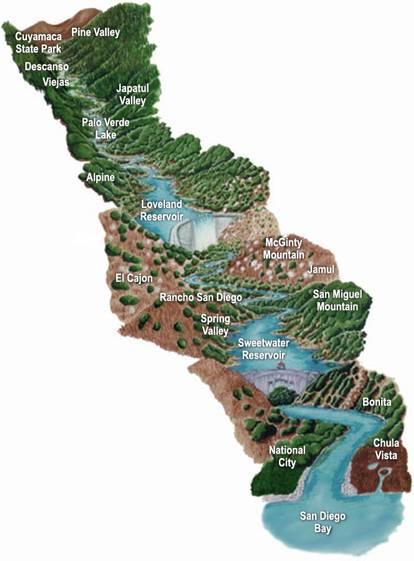 Note: 1 Acre foot of water is 325,850 Gallons, or enough to cover a football field (which is slightly larger than 1 acre) about a foot deep.
Pay My Bill
Contact Us
Employment
Current Agendas
[]